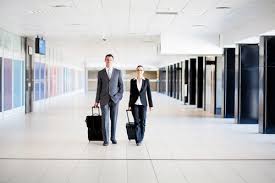 Last week, an Australian court ruled in favor of the defense when a woman who was on a business trip ended up injured while having sex in her hotel room.  The 4-1 decision said the employer played no role in encouraging her to participate in the sexual activity, and they were not liable for injuries or damages.   This was a reversal of the lower court decision which stated that she was injured in the course of her employment and should be compensated.

The injuries were caused by a glass light fitting above the bed falling into her face and injuring her nose and mouth.  After the injury, the woman suffered from depression and was not able to work in her job at the government.  Initially, her employer’s insurance company approved her claim for worker’s compensation, but they decided to reject it after further investigation into the incident.  Not only did the court find that the employer didn’t encourage the sex, but they also stated the sex was “not an ordinary incident for an overnight stay” such as brushing teeth, using the toilet, or eating breakfast.   They went on to state “….if the applicant had been injured while playing a game of cards in her motel room, she would be entitled to compensation even though it could not be said that her employer induced her to engage in such activity.”

Any way you look at this, it just underscores the fact that everyone needs to be careful while traveling on business and try their best to use common sense when deciding on appropriate entertainment after hours.